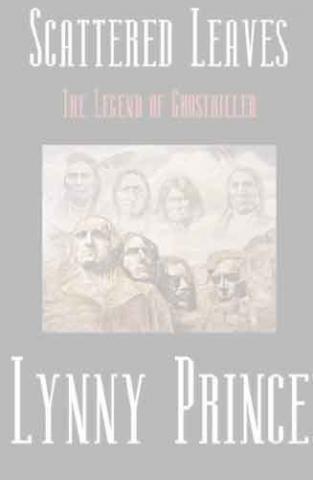 Highlighting the works of

Lynny has a BA in Creative Writing, is a published author, musician, and songwriter. Her works include the best selling novel, "Scattered Leaves: The Legend of Ghostkiller", upon which the film, "Ghostkiller" is based, "Open Letter To My Abuser", "Talking To Ghosts: My Encounters With The Supernatural (Volume 1)", "Mug O Love Desserts", and "War Time Poems And Other Musings". Her musical endeavors include "Milk Carton Prophecies", an album released by her band, Miss Joshua in 2004. A single from the album "Ride It Out - Song For Slaughter-Bound Horses, is a video she wrote, produced, and directed. Proceeds benefit animal rescue groups worldwide.She resides in rural Kentucky, on a small

farm with her husband and three cats.

The sun shone brightly through a stained- glassed window, projecting its image of Jesus on the west wall of the church. The limbs of a nearby tree gave it life, and the image seemed to dance with its arms outstretched, while its torso swayed to and fro. Caught up in the figure's graceful waltz with nature, Father O'Rourke held his arms up, reaching for the shadowy form as it willed him to stand.

The priest awoke to screaming sirens and the sun streaming in on his face. Finding himself lying in a pew, he sat up realizing he had been dreaming. As the siren faded, he glanced up at the wall, saw the shadows moving, and prayed silently that last night had been a dream, as well. The sudden shrillness of a second siren told him it was not.

He closed his eyes, willing the siren to be in advancement of a fire truck collecting for the Moccasin Flats Children's Fund or Lower Sioux Home of the Innocents and just knew if he prayed hard enough he could make it so. He fully expected to look outside and see the firefighters collecting from each business as they always did this time of year, carrying those big, yellow boots to collect the money in. It was with this hope that he chided himself optimistically; you're not going to find out by sitting in this pew all day! He smiled, shook the sleep from his head and stood, stretching the kinks from his back and briskly shuffled his old frame to the door. He stopped short when he saw that the door was locked, knowing they were never locked unless the alarms went off in his head. His optimism died instantly. You knew this was coming!

Tears filled his eyes as trepidation began to take over. He hurriedly unfastened the latch, and threw open the doors of the church, stepping out onto the stoop. A chill ran through him as he felt the frosty morning air curl around him like the fingers of a cold, dead hand.

The streets of Moccasin Flats were abuzz with activity; dogs barked, town's people scurried about, and haphazardly parked police cars dotted the roadside. Sirens screamed as an ambulance whizzed past. It didn't look right for a town that looked more like a western movie set to have all this 20th century bustle of activity going on. Moccasin Flats was a quiet little town, the only town besides New Ulm, which was even smaller, within a 60-mile radius of the Lower Sioux Reservation. It was a town trapped in a time warp, but that's why tourists loved it so much. They had not a clue as to the secrets the town had hidden away. But he did.

Father O'Rourke came from a long line of priests or black robes as the Indians called them. From the beginning of Westward expansion, black robes had forced Catholic teachings down the throats of Indians from the east coast to the west coast, denying them their way of life, beliefs or religious ceremonies. In an effort to "civilize" them, mission schools were put into place and were specifically designed to brainwash the "Indian" out of the children who were forced to go there. They were taken away from their parents and shipped hundred of miles away to these schools where the nuns cut their hair, made them wear white man's clothes and beat them if they spoke their own language.

The good father struggled with this knowledge and treatment of the Indians of the past. He knew that by taking away their livelihood, their languages and ceremonies, it had given birth to a generation of Indian far removed from the strong, independent Sioux of the 19th century. The Native Americans of today, at least to his observances, were governmental dependants who lived with poverty, joblessness, and alcoholism. Today's reservations were overrun with gangs and drugs.  He often wondered if the past had anything to do with the present, if the life force that had been so prevalent in the Indian of long ago would someday extract its revenge for past atrocities. He had seen things since he had been in Moccasin Flats that he couldn't explain, things that would confirm his suspicions, however his loyalty to the church forced him to turn a blind eye to what he knew deep down in his soul to be the truth.

Indeed, Father O'Rourke had awakened to this very horror twice since he'd became a priest and moved here some 40- odd years ago. He knew that despite all the efforts of law enforcement officials that now converged upon the town, no killer would be found amongst the dark woods or lonely prairie that made up this area. No indeed, a little voice said, the killer is as elusive as a shadow in the darkness. That reality alone prompted his next thought; he would call the Monsignor today to announce he was leaving in the morning to visit his sister in Montana. He hadn't taken a vacation in years and a few weeks away from this place was just what he needed. That decision made, he turned to go back inside when he heard someone call out to him.

"Father!" a male voice made its way above the din. "Father! Over here!" The father looked to see a young Indian man making his way across the street. He looked to be in his early twenties, well over six feet tall, with long, black hair that blew wildly in the chilly morning breeze. He was dressed in jeans and cowboy boots, and as he drew closer, the father could see a black t-shirt under his sheepskin coat that read "My Hero's Have Always Killed Cowboys" brazenly written across the front of it.

Father O'Rourke stood frozen, but it wasn't his intimidating size or even the shameless t-shirt he wore that made him stand out- it was who he was. With the look of determination on his face, it was easy to see he was a force to be reckoned with. It really didn't surprise the clergyman that he had just thought of the boy last night, it was the fact that he was actually here. The prediction that had been told to him long ago came rushing back; Kyle Ghostkiller had come home and the run-of-the-mill Indian boy was about to live out a prophecy through the eyes of his people.

The priest saw that Kyle had ridden in on the massive, brown and white paint stallion, the same horse his grandfather had ridden for so many years. The horse stood tied to its regular spot, a hitching post across the street in front of the general store. He wondered absentmindedly how much longer the animal could possibly live.

He couldn't count the number of times Kyle's grandfather had tied the horse to that very spot and strolled across the street for a visit. It seemed like a lifetime ago, and he could have easily mistaken the scene for an apparition, something elaborately painted on a canvas from the past; the Indian, the horse and the traffic had all played out before. He stood holding a collective breath as he watched the big Indian maneuver through the traffic and make his way up the church steps.

"Good to see you, Father," Kyle said as the two men embraced.

"Kyle," Father O'Rourke stepped back, "You're a sight for sore eyes, my son."

Below is the forward from the sequel to "Scattered Leaves: The Legend of Ghostkiller."

A swirl of leaves tumbled and scattered in the wake of the high-speed passenger train as it whizzed past, fluttering softly into an innocent pile after all was quiet once more. A blue mist slowly began to ascend from the heavens and the leaves swirled and jumped with glee as a familiar blue hole formed. The roar of the vortex could have easily been dismissed as another train, but the leaves knew better. They vaulted themselves up and through the portal, hurling through time towards the beat of a distant drum and people crying out to the Tunkasilas for mercy.

To order a copy of her book, click on the link below

TRAILER:Deep within the tiny town of Moccasin Flats lies a sinister past that has threatened the lives of its inhabitants for over 140 years. A legendary curse spoken from the gallows in 1862 is the only clue to the murders that go unsolved.Kyle is a 7th generation Ghostkiller whose ancestor was convicted and hanged during

the Great Sioux Uprising. Fated to save his people, Kyle returns after a long absence only to find himself accused of the latest murders and his jilted, childhood sweetheart sabotaging his every move. The time has arrived for Kyle to face the dreaded curse head on, which pits him against dark forces. It's a fierce battle between good and evil; which will win?Can the help of his uncle and a seasoned police officer save Ghostkiller from the hangman's noose and forever alter history for all Plains Indians?

Below is an excerpt from "Scattered Leaves" 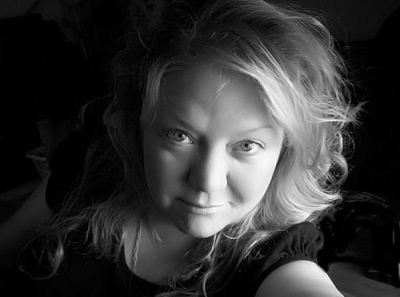 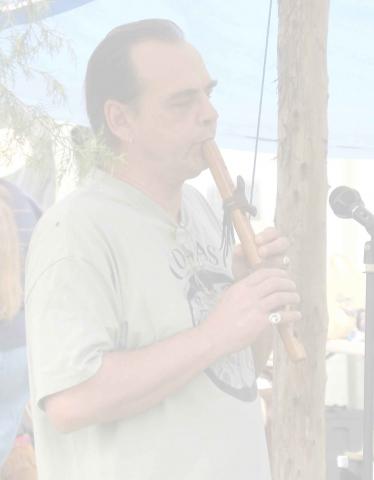 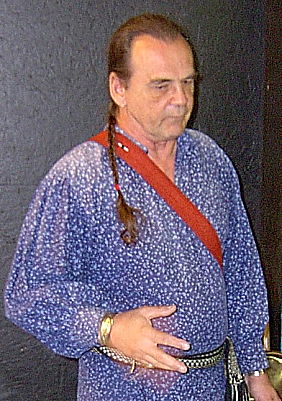 Highlighting the works of Frank Otero 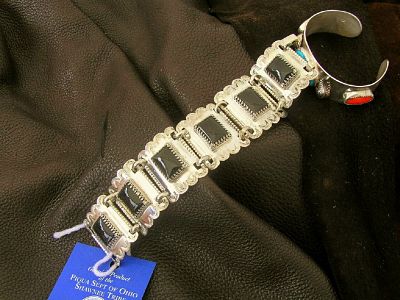 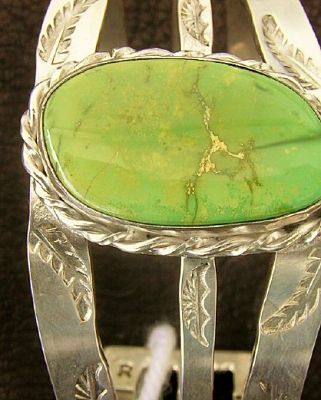 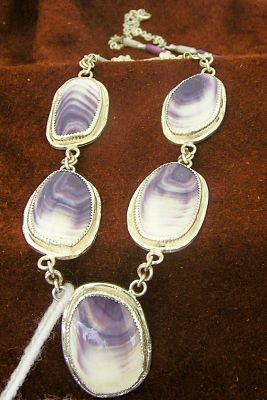 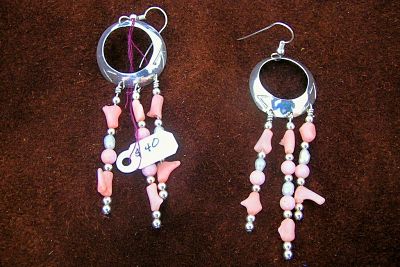 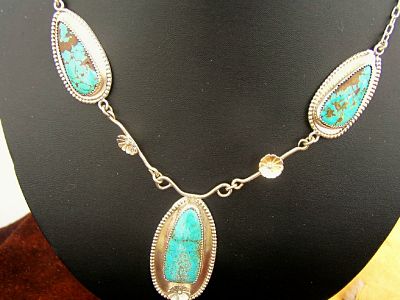 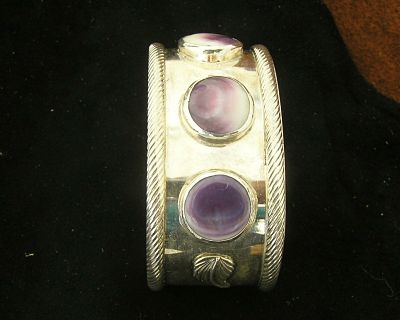 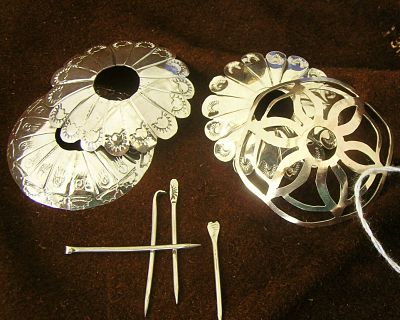 If you would like to view more of the crafts of Frank Otero, please use the provided direct link to his photo album. 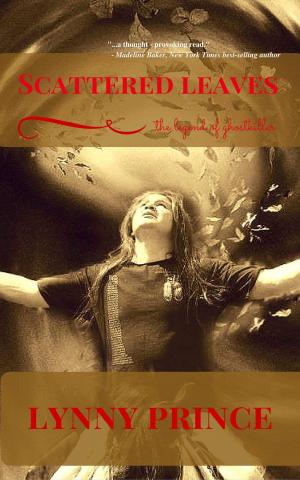