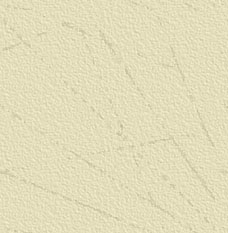 Osiyo. We at the Hunting Ground decided to add this page for the purpose of informing us in the ways of our ancestors. Today many of these ingredients are still used and can be purchased in any local store. These remedies have been known to help some but there are no guarantees made by this site or members. We are all different therefore all issues should be addressed before trying something new. Some of these ingredients can be dangerous, so caution is advised before the use of any remedy, if you have questions please consult your physician.

Amaranthus was once a staple of the Aztec diet.
The wild pigweed can grow six feet in height, its foliage varying from green to shades of purple, red and gold, and occasionally bearing flowers.

The Aztecs believed the plant to hold supernatural health- and strength-giving properties, incorporating the seeds into a ritual, in which mixtures of amaranth seed, honey and blood were made into images of gods and then eaten, reported ChetDay.com.
But Aztecs later found the Christian ritual of communion disturbing, and hence banned the cultivation of amaranth, as it was tied to their similar tradition.

Inca and Mayan civilizations also enjoyed the plant as a vegetable and grain, according to LiveStrong.com.
The Incas considered the Amaranthus seed sacred.
Each year, the first seed was planted by the king using a golden spade

Edible raw or cooked, today it is regularly found in healthy cereals—the seeds ground into a meal.
Amaranth produces prolific small seeds, a little larger than poppy seeds in various colors: black, red or ivory.
The seeds cook rapidly and are used as a food, prepared like a grain, especially for hot cereal or flour.
They can also be popped like popcorn or toasted.

The vegetable can be sautéed, much like spinach or rhubarb with its similar reddish stem and deeply veined leaves.
Because the leaves contain oxalic acid and may contain nitrates, if grown in nitrogen-rich soil, the water should be thrown out after boiling.

the Auburn Reporter newspaper recommends treating symptoms of menopause with Estroven, which can be purchased over-the-counter. This product is a combination of an herb, Black Cohosh, and soy. It helps relieve symptoms such as hot flashes, mood swings, night sweats, and insomnia.

"Approximately 90 percent of women in my practice who have taken this medication, report significant symptom improvement," Petter said.

The fuzzy fruit that grows on palm trees native to the Pacific is believed to have migrated to North America and throughout the tropics on ocean currents prior to human intervention, reported Kew.org. Indigenous to South Asia, the coconut has numerous healing properties when eaten in raw form—whether you consume the coconut meat, water or oil.

Coat cuts, scrapes, warts and insect bites with coconut oil, which forms a protective barrier between the affected area and outside contaminants, while reducing pain, itching, redness and/or swelling. It also works wonders for skin rejuvenation—from reducing the harm of ultra-violet radiation to minimizing wrinkles, restoring hydration and moisture, and calming eczema, diaper rash and acne. In sum, coconut oil repairs damaged tissue and speeds healing time. Try lathering some on the ends of your hair as an all-natural conditioner.

And perhaps one of the coconut's most amazing healing powers is found in its oil. The ketones in coconut oil are believed to help prevent, slow the progression and potentially reverse Alzheimer's and other dementia.

Our ancestors would regularly grind cranberries and use the paste to fight wound infections. Treated by high levels of acidity and vitamin C, the mixture also formed

“a barrier so the skin and wound could heal underneath,” says Kathleen Wall,

Recent research at the USDA's Food Composition and Methods Development Lab in Beltsville, Maryland, reveals advantages of eating the bitter berry. Anthocyanins – responsible for the berry’s vibrant red color – not only potentially slow aging with its antioxidant properties (only proven in the test tube), it considerably reduces inflammation.

“And inflammation is not only something we see with infectious disease, but chronic low levels [of inflammation] now appear to be an important risk factor for both cardiovascular disease and cancer," says Jeffrey Blumberg at Tufts University.

Another reason to add cranberries to your diet: the indigenous fruit contains compounds that help prevent bacteria like E. coli and staph from bonding to our cells.

“So there's some truth to the old wives' tale that drinking cranberry juice can help prevent urinary tract infections. But it's not quite a primitive antibiotic,” says researcher Diane McKay of Tufts University. "It kind of prevented the infection," she says, but "I don't think it would be able to treat it."

Ginkgo biloba, lauded as the "brain herb," is one of the oldest living tree species, and the leaves are available in capsule, tablet, liquid extract or dried herb form, reports LiveStrong.com.

Among the best-selling herbal medications in Europe and the United States, "it consistently ranks as a top medicine prescribed in France and Germany," states the University of Maryland.

Maple sap, also called zogalebi or sweet water, is not only a healthy and natural substitute for sugar, it also boosts the immune system, serves as an antioxidant and calms the stomach, reported Health.com.

Maple syrup contains a high content of manganese, a mineral that serves as an antioxidant, which diminishes the damaging effects of free radicals, unpaired atoms believed to be involved in degenerative diseases and cancers. Basically, consuming more manganese may translate to healthier bone structure, a better metabolism,

Because many pancake syrups are made with processed sugars, such as corn syrup, rather than real maple syrup, read the label. Look for pure maple syrup as the only ingredient, Robin Plotkin, RD, a Dallas-based nutritionist, told Health.com. Then, substitute maple syrup for sugar or other processed sweeteners.

The evergreen shrub the Oregon grape, plentiful along the west coast from Canada to California, has healing powers to alleviate pink eye and other inflammatory skin diseases, ease the digestive tract, and promote recovery from chemotherapy and radiation therapy, according to Discovery Fit & Health.

Oregon's state flower blooms yellow buds and grows purple berries. It's also a natural healer. "I thought people would not know that about our state flower," said Gina Davis, a forester for seven years who has worked for the Coquille Indian Tribe in North Bend, Oregon for the past two years. She has taken to learning about local, wild plants that can double as pain relief and ointments, reported The World.

Davis credits her upbringing with peaking her interest in the healing properties of native plants, and thus inciting her to move away from the idea of Western medicine.

"I grew up in a log cabin in the middle of nowhere," Davis told The World.

"And my grandfather was full-blown Cherokee."

Though bitter due to the presence of alkaloids, the plant is edible. Ingested, the herb has a beneficial effect on the digestive tract, "stimulating the flow of bile, which loosens the stools and helps prevent and sometimes relieves constipation, diverticulosis, gallbladder disease, and hemorrhoids," reported Discovery Fit & Health. "They may also help people with constipation-predominant irritable bowel syndrome (IBS)."

When made into a tincture, an alcohol extract of the root, it's an effective treatment for pink eye. To create a tincture, according to Discovery Fit & Health: "Mix 1/2 to 1 teaspoon in 2 to 4 ounces of water and sip before each meal. The amount of alcohol in tinctures at this dose is very low and presents no significant problem."

To consume as a beneficial digestive, drink it in a tea. "Simmer 1 to 2 teaspoons of dried, coarsely chopped root in 1 cup of water for 10 to 15 minutes. Strain out the leftover root (or eat it, if you prefer), and sip the remaining liquid just before eating each substantial meal."

Peppercorns, long used by India's indigenous people, contain a chemical compound called piperine that can not only help stifle a common cold--it may be able to help prevent a breast cancer tumor from forming, a University of Michigan Cancer Center study suggests, reported Health magazine.

Black pepper inhibits some of the inflammation produced by the tumor cells,

Peppercorns are the small, aromatic dried fruits of the peppercorn plant.

To reap the most nutritional value from pepper, buy whole peppercorn.

The spice's cancer-fighting potential is heightened when paired with turmeric,

"is an effective natural supplement for other lung and upper respiratory problems," according to  Dr. William A. Mitchell Jr., a naturopathic physician and author of the book "Plant Medicine in Practice," reports Lance Armstrong's website Livestrong.com.

As a homeopathic expectorant to treat asthma and bronchitis, brew the freshly dried leaves in medicinal teas or stews. The leaves are not edible raw, because the roots are toxic and the leaves can burn the mouth. Skunk cabbage, which has a spicy taste, grows abundantly in moist places in the northern and middle United States, reports Botanical.com.

Yucca root, used by our ancestors to heal skin sores, reduce scarring, purify blood and alleviate arthritis, according to LiveStrong.com, provides health benefits in all its forms, and is now recommended as a prime ingredient in hygiene products designed specifically for cancer patients, according to Natural Solutions Magazine.

Native to regions of Mexico and the arid southwestern United States, the root is commonly used to create a healthy soap and deodorant for cancer patients. Lymph notes are located in the armpits—an area you especially don’t want to overload with harsh chemicals while fighting cancer, because the lymphatic system protects the body from infection, reported Natural Solutions. Also, sweat clears toxins out of the body, so using antiperspirants only impedes the body’s natural cleansing.

Due to the roots’ high saponin content, giving it a soapy texture, it is widely used in natural soap and shampoo products, states LiveStrong. Some Indians claim shampoo made with yucca prevents hair loss and dandruff, while creating soft, shiny strands, reported nutrition writer Davis Jekins. 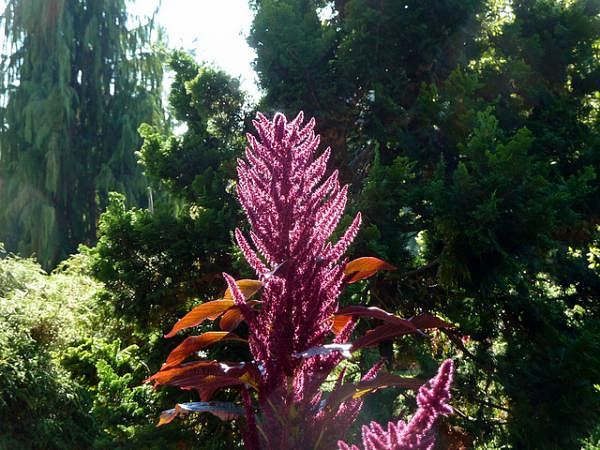 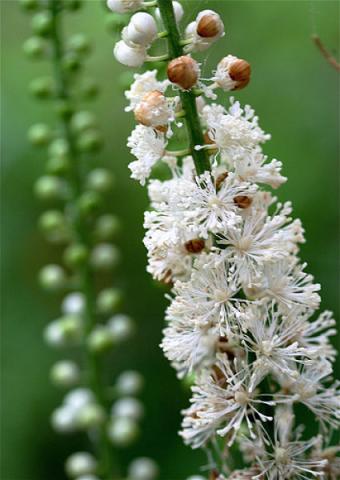 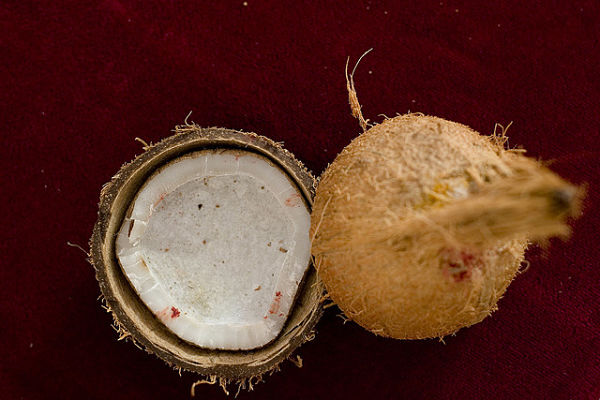 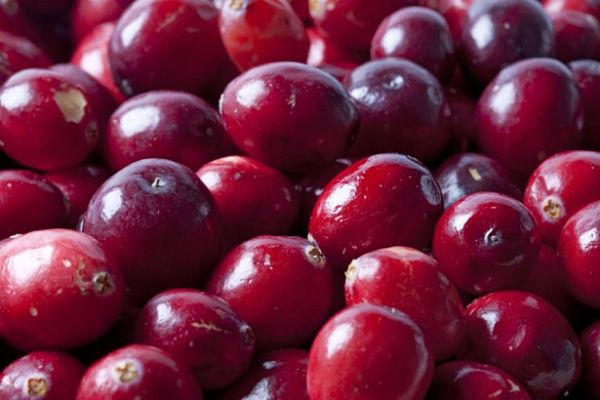 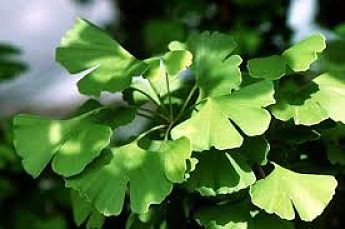 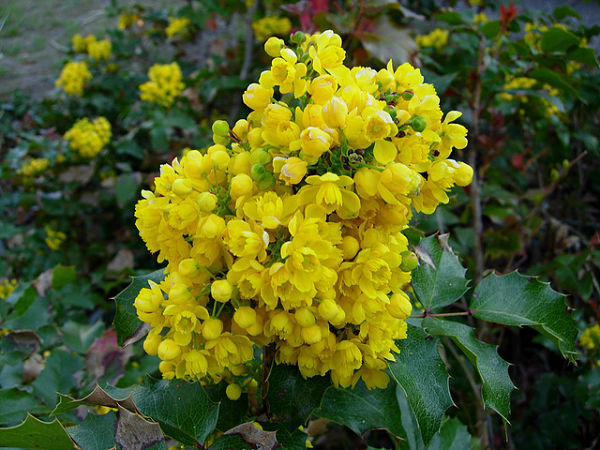 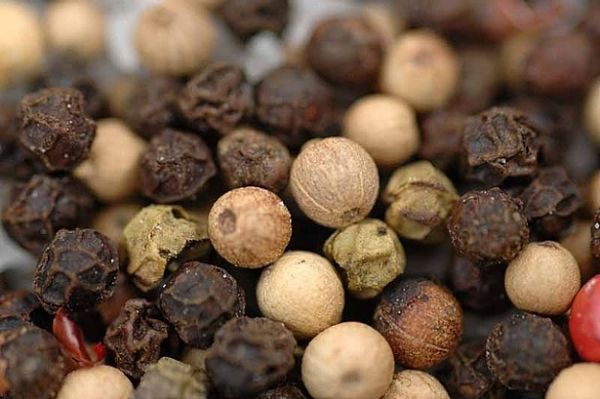 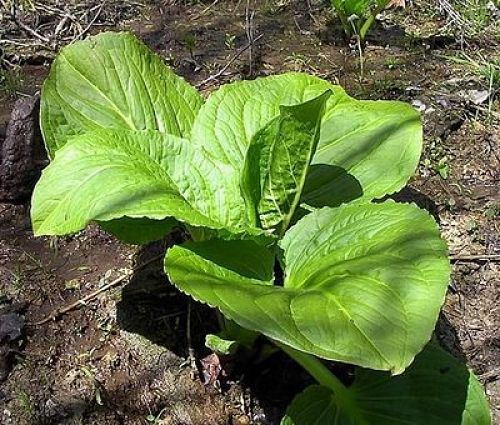 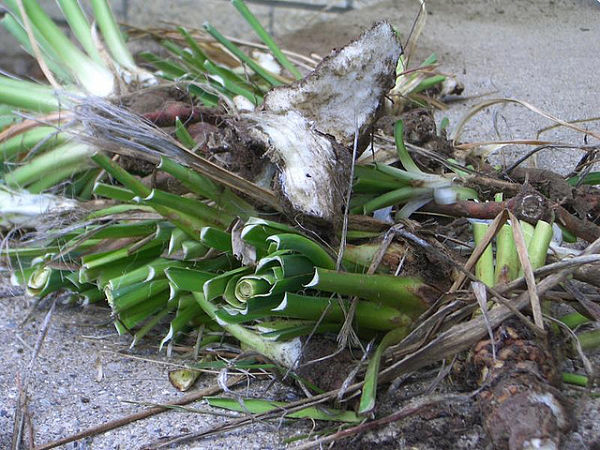